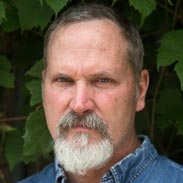 “Art helps me communicate what I can not quite put into words.”

Drawing and painting has always been a part of Jonathan’s life. He received a minor in art studies
from the University of Texas at Arlington, then accepted a scholarship to the Glassell
School of Art in Houston, Texas, where he studied life drawing and painting.
After art school, he had the opportunity to travel to Europe where he lived for several years,
focusing mostly on drawing. Being exposed to the many galleries and museums proved to have
a lasting effect on his art. The Flemish painters of the 1500’s were especially influential.

It was in Italy where he met his Canadian wife. After their stay in Europe they moved
to Toronto where he joined “Studio 25”, and developed his printing skills at “Open Studio”. In
2004 the couple moved to Kingston, Ontario to raise their new family.

Jonathan’s paintings follow a traditional approach of underpainting with oil glazes. Lately,
he has focused on the landscapes around Kingston. The Canadian forest is important
to him and has a rugged grace that he is exploring. 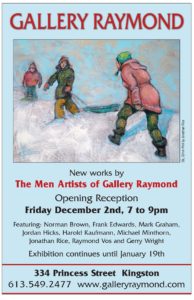